The Saint exupery center for young migrants wanted a new painting for their common room. This room is the only shared space where everybody eat, socialize, play games or watch tv. When we spoke with the staff that asked us to paint a visual, it was clear from the beginning that we wanted to involve some of the youth to make it as participatory as possible. We first planned to do it as a sort of workshop where we would work forms and words previous to the painting all together. When exposing our proposal to the staff, they found it interesting, but clearly warned us of the possibility of quick lost of intertess from the youngs. We realised that only 2 afternoons for both preparing and working on a visual and then painting it was also a short timeframe. We took the decision to prepare 2 visuals for both walls upfront and then discuss it with the people that would participate. 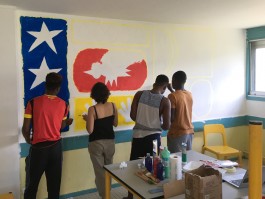 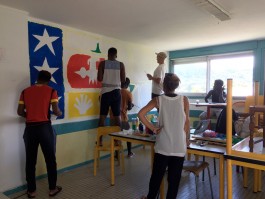 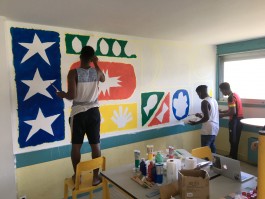 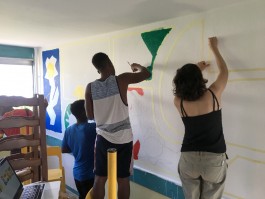 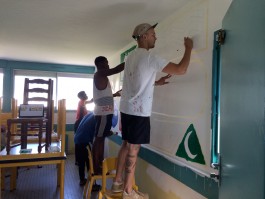 When we arrived at the center, only 4 youngs were motivated to participate in the project, better than none. We showed the visuals and everybody seemed to agree. They were clearly aware of the different opinions that everybody can have and told us that what they needed was something cheerful and colorful for the room where they spend most of their time. They found our proposal going along with what they expected, even if they also would have liked to see flags of their own countries as well :).

That everybody can partipate, we draw first the visuals with pencil and then they would fill the forms with appropriate colors. After one hour, more youngs came along and each one had their own illustration to paint. Everybody was in a good mood and enjoyed painting the walls. The staff was also surprised that at the end more people came along to participate in the painting and that they were really studious in doing so. 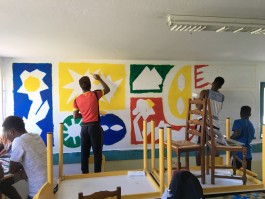 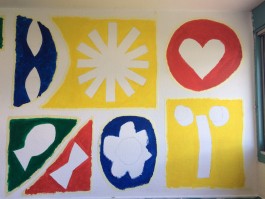 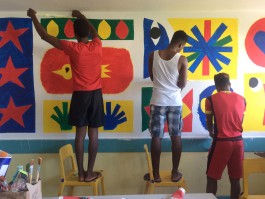 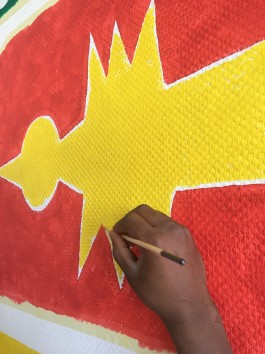 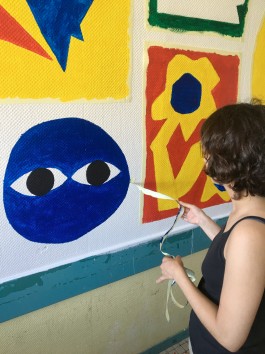 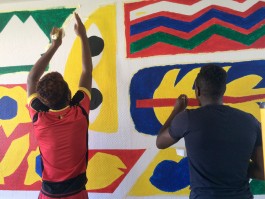 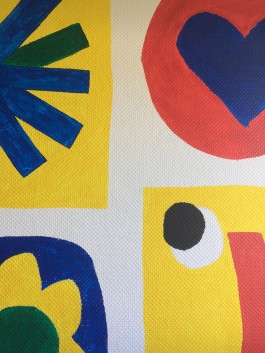 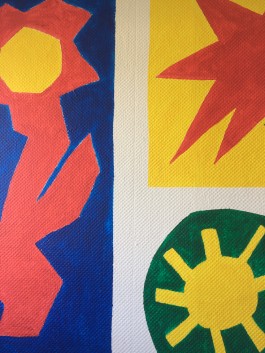 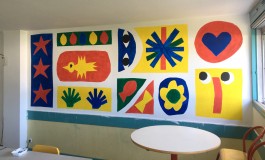 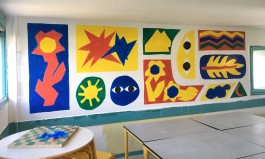